Dating Your Character: A Fun but Effective Approach to Character Development For Writers 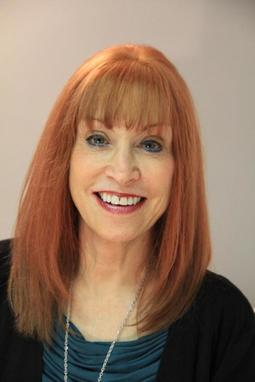 This year's HATM program will be a 4-hour workshop based on the concepts in Marilyn Atlas' book: character development and plot development through character. the conference will be broken into two two-hour sessions (including comfort breaks) with a ninety minute break in between for lunch on your own. This should be one of our best HATM conferences ever.

​Marilyn R. Atlas is a talent and literary manager and award-winning producer. Among her credits as film producer are “Real Women Have Curves” for HBO, which won the Audience Award at the Sundance Film Festival; “A Certain Desire,” starring Sam Waterston; and “Echoes,” which won the Gold Award at the Texas International Film Festival. In addition to producing a variety of programming for the cable/ pay TV market. In live theater, Marilyn co-produced the West Coast premiere of the musical “God Bless You Mr. Rosewater” by Ashman and Menken (the writers of “Enchanted” and “Tangled”).  She also co-produced the award-winning play “To Gillian on Her 37th Birthday,” which was made into a film starring Michelle Pfeiffer and Peter Gallagher. In 2014, she co-produced the play “Detained in the Desert” at the Guadalupe Theater in San Antonio, TX. Her additional credits as a producer in live theater include “Today’s Special” and “As I Sing.”

Marilyn has long been committed to issues surrounding diversity in Hollywood. As a member of the National Association of Latino Independent Producers, she spoke at many of their writers’ and producers’ retreats. She also has lectured at the DGA-sponsored LA Asian Film Festival, as well as various other symposia for the Sherman Oaks Experimental College. She is a founding member of Women in Film’s Luminas Committee, which supports the portrayal of women in non-stereotypical roles in film and television. She has spoken at events such as The San Francisco Writers Conference, the Santa Fe Screenwriters Conference and Richard Krevolin’s USC Screenwriting Retreat. Marilyn has also taught several actor workshops.  Additionally, she was a guest lecturer in the Writing Program at USC, where she previously taught a class every year on creating three-dimensional, non-stereotypical characters.

Marilyn has been a guest speaker at various colleges and writers’ colleges all over the country. she has been a guest at various colleges all over the country, including Harvardwood, UCLA, USC, Emerson, University of Redlands, and the University of Wisconsin. She has spoken at the Texas Bar Association and was a guest lecturer at Whittier Law School.  She has served as the professional-in residence (in theater and film) at Ball State University, and was the speaker at the International Writer’s Conference at Hollins University (2010).  She structured an intensive course at Skyline College in San Francisco covering the inception, development and promotion of a script in “The Business of Screenwriting: The Idea – and its Execution.” She was also a speaker at the International Women’s Writer Conference in Italy in 2014.


In addition to Marilyn’s film/TV credits, she has sold (first time) novels “Chasing the Jaguar” to
HarperCollins, “Hungry Woman in Paris” to Grand Central Publishing, and the “Ave Maria Bed & Breakfast” to Hachette Publishing, and the “Last Ride of Caleb O’Toole” to Source Books. Her Lifetime movie “The Choking Game” based on the YA book by Diana Lopez aired in summer 2014.

Previously, Marilyn developed the “Brides’ March” for Lifetime Television as well as a
limited television series.  She previously produced the short musical version of “Real Women Have Curves” in Los Angeles in 2009 and is involved in the current development of a full-length production for 2018.

Marilyn is currently developing a TV pilot based on the Gary Phillips series of novels “High Hand” and “Shooter’s Point” featuring strong-willed African-American protagonist Martha Chainey. She is also developing a Chinese historical epic with the Metan Development Group and “Codebusters,” a children’s show for TV based on a series of best-selling books.
If you would like to make a donation toward this conference please use this button: