PAUL CHRISTENSEN AS THE GRINCH

Paul Christensen entertained us as The Grinch. He has played this role for the last three years for Off Broadway Community Theater, and for community theater since 2015. Paul's day job is landscape superintendent. 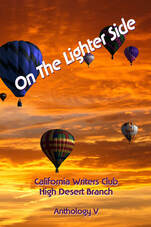 ​Because of illness, our scheduled speaker had to cancel.  Luckily for the club, we had just released our latest anthology and were treated to readings from the collection. Also, one of the club's youngest members, Amelia Hansen, read from her latest work-in-progress. Never say the club can't handle a bump in the road.

This special event featured readings by club members of their inspired works. At the same time, the High Desert Book Festival sponsored by Wordsmith Productions, was in full swing in Hesperia,where many of our members sold their books.
​

HOW TO USE THE SUPER-HERO OF YOUR SUB-CONSCIOUS 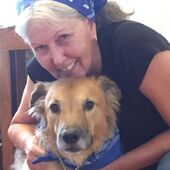 S. Kay Murphy was the guest speaker for September. She is the author of four books and has been a freelance writer and journalist for over forty years. She holds a master's degree in literature, and she has published both traditionally and independently. She blogs at www.skaymurphy.blotspot.com, and can be found on Instagram and Twitter with the handle @kayzpen.

She spoke about how to use the super-hero of your sub-conscious to be more productive in your writing.

An inspirational collection of writers ranging in age from 11 to 96 with a positive message of encouragement for those who may believe they are either too young or too old to start writing were featured.

EVERYTHING YOU WANTED TO KNOW ABOUT WRITING FROM SOMEONE WHO HAS BEEN THERE, DONE THAT 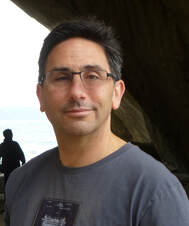 Three-time International Horror Guild Award Winner Glen Hirshberg’s novels include The Snowman’s Children, The Book of Bunk, Motherless Child, Good Girls, and Nothing to Devour. Hirshberg is also the author of four widely praised story collections: The Two Sams (a Publishers’ Weekly Best Book of 2003), American Morons, The Janus Tree, and The Ones Who Are Waving. Hirshberg is a five-time World Fantasy Award finalist, and In 2008, he won the Shirley Jackson Award for the novelette, “The Janus Tree.” With Peter Atkins and Dennis Etchison, he co-founded the Rolling Darkness Revue, an annual reading/live music/performance event that tours the west coast of the United States every fall and has also made international appearances.
Glen has also taught creative writing for more than two decades, inaugurating a signature program for high school students at Campbell Hall in Studio City, and helping to launch the MFA program at Cal State San Bernardino, where he served as a Fiction Professor. At CSUSB, he founded the CREW project, through which he trains some of his top students every year and then sends them out into the surrounding community to run intensive, months-long creative writing workshops each spring at schools that offer few creative outlets or opportunities. He has since brought that program back to Campbell Hall, where it has continued to thrive in partnership with the celebrated L.A.’s Best after-school programs.

After growing up in Detroit and San Diego, Glen attended college at Columbia University, where he won the Bennett Cerf Prize for Fiction. He earned his MFA and MA at the University of Montana, where he was a Fiction Fellow and Bertha Morton Scholar. From 1995-2002, he was a regular contributor to L.A. Weekly, and his criticism and essays have appeared in numerous magazines and alternative newspapers across the U.S.

He is the singer, songwriter, and keyboardist with Momzer, whose second album, The Light at Someone Else’s Table, was released the Fall of 2015.

He lives in the Los Angeles area with his family and cats.
​ 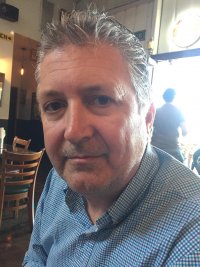 Frank Girardot (born 1961, Detroit, Michigan) is an American author, journalist, victim advocate, and radio host. He is CEO of Pegasus Communications, LLC and a former editor and columnist for the Los Angeles News Group.

Girardot got his start in journalism as a copy boy at the Los Angeles Herald-Examiner. Subsequent to the newspaper’s closing, he worked for the Ontario Daily Report, the San Gabriel Valley Tribune and the Pasadena Star-News. His 1994 story on the unsolved murder of Geneva Hilliker Ellroy, the mother of novelist James Ellroy resulted in Ellroy’s book,”My Dark Places”. He has won several writing awards including the Southern California Press Association’s award for Investigative Journalism 1995, the Los Angeles Press Club’s First Place Award for sportswriting in 1998 and was a finalist for the 2015 University of Florida Award for Investigative Data Journalism in 2015.

Girardot headed a project for the Los Angeles Newspaper Group titled “Getting Away with Murder.” The effort chronicled 11,242 homicides that occurred in Los Angeles County between 2000 and 2010. Relying on data supplied by the Los Angeles County Department of Coroner the project found that less than 50 percent of all homicides that occurred countywide were ever solved.
​
Girardot is the author of true crime non-fiction books, including “Name Dropper”, which was cited by author Walter Kirn in his book “Blood Will Out.” He is co-author with Burl Barer of “A Taste For Murder” and “Betrayal in Blue“, the latter also co-written with Ken Eurell and both published by WildBlue Press.

ROUND ROBIN TABLES ON WRITING TOPICS

The High Desert Branch of the California Writers Club hosted six presenters at the Community Church at Jess Ranch 11537 Apple Valley Road on Saturday May 11 from 10 am to noon.
​
Featured guest speakers were local specialists talking about several topics in a “round robin” type of presentation where the audience moves from table to table for information that pertains to the writing life.

Our featured guest speaker was Holly LaPat,  who  is the author of six traditionally published romance novels under her pen name, Sierra Donovan. Her books are "Love on the Air," "Meg's Confession," "No Christmas Like the Present," and three novels in her Evergreen Lane series. Her first two books were purchased by Montlake Romance; she sold her four Christmas novels to Kensington Publishing. An Amazon bestselling author, she is a winner of the Golden Quill for Sweet Traditional Romance, as well as a finalist for the Holt Medallion and the SnowGlobe Award.

Also presenting was Steve Marin. His topic was exploring options in software for writing
​
Along with readings by club member–writers, James (Grizzly) Elder will perform a song he wrote, “I Learned to Walk in My Daddy’s Boots.” Open Mic readers include Deborah Deetering, Barbra Badger, Holly LaPat, Diane Neil, and two readers from the Poet Smiths. The meeting will feature an open discussion about meeting challenges writers face. 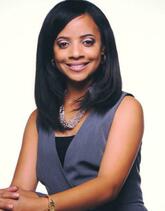 Well-mannered and smart kindergartner Tensie was very excited to begin her first day of school.  Although she was smaller than her peers, she had big dreams about how much she would enjoy being in grade school.  However, her hopes were shattered that first day and the torment she experienced continued for 13 years.  Now a successful author, university administrator, and motivator on a mission to curtail bullying in schools, Tensie J. Taylor shared her inspiring story during the March 9th meeting of the High Desert Branch of the California Writers Club.

Taylor’s bestselling book “BULLIED: From Terror to TRIUMPH” is packed with horrendous stories of bullying.  During her presentation, she shared details about her childhood battle and how she survived throughout the torment, stopped being a victim, and thrived in its aftermath—including how the experience encouraged her to write.

Taylor discussed her writing process, how to secure an agent, and her related publishing and marketing success.

Dave berg
​​"BEHIND THE CURTAIN" 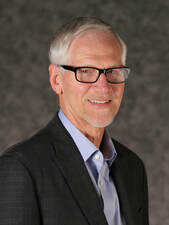 Dave Berg talked about the current state of late-night television and humor. He discussed the craft of writing a book, emphasizing six takeaway points, followed by three takeaway points on how to promote a book.

​Dave Berg is an author and a columnist. He co-produced The Tonight Show with Jay Leno and The Jay Leno Show two decades, and also appeared in numerous comedy sketches. He has written a book, called Behind the Curtain: An Insider’s View of Jay Leno’s Tonight Show.

He was a producer for The O’Reilly Factor, a writer for NBC News and the Los Angeles bureau chief for CNBC.

He’s a regular columnist for USA Today and has written for The Huffington Post, The Orange County Register, Reader’s Digest, National Review, Christianity Today, The Washington Times, The Daily Caller and Crisis Magazine. In addition, he writes
jokes for politicos, journalists and commentators.

He plays upright bass for Orchard Bluegrass Band, based in Ventura, Ca, and plays guitar, mandolin, piano and electric bass for his church’s worship team. He also writes and
co-writes songs with several country singers.

He has a BA in political science from Northwestern University and an MS in journalism from Kansas State University. He lives with his wife Mary in Los Angeles. They have two adult children, David and Melissa.

Guile Branco
Actor Guile Branco and Writer/Director Gui Pereira of  the movie, “Cortacao del Cowboy “ (Cowboy ‘s Heart),  were featured guest speakers. The Brazilian Indie film was voted best of  the festival out of the 21 films shown at the October 2018 Desert Rocks International Film and Music Event in Hesperia. The HDCWC also honored Phyllis Overall, the founder and director of the Desert Rock International Film and Music Festival.

“Cowboy‘s heart” is a movie with universal themes.  After running out of hits to sing, a country music superstar shuns the spotlight in order to return to his home town and discover the things in life worth singing about.

The film has been distributed and shown in over 200 theaters in Brazil, and has recently had a special Los Angeles screening for the Foreign Press Association.