Gary McPherson writes mysteries, thrillers, supernatural stories, and, when he needs a break from the darkness, writes humorous short stories. He published his first thriller novel, titled “Joshua and the Shadow of Death.”

​Eleven club members gave readings or performances of their work. After the break, there was a panel of peers made up of Jenny Margotta (topic: handling the sales taxes for your books), Mary Ruth Hughes (topic: her personal marketing stories), Roberta Smith (topic: perks of the club's website, specifically author's page), and Mike Raff (topic: benefits of partnering with another writer to promote your books)

Richard H. Reeb Jr. spoke about the problem of objectivity in journalism; what that entails besides factual information.

​Richard Reeb has been a political science, philosophy, and journalism instructor at Barstow Community College (1970-2003). He holds a BA in journalism, San Jose State University, 1965; an MA in political science, San Jose State University, 1970. Thesis: “James Madison on Limited Government”; and a PhD in Government (Emphasis: American Politics and Political Philosophy) at Claremont Graduate University (1974) Dissertation: “Mass Media and Modern Democracy.” He is the author of “Taking Journalism Seriously: ‘Objectivity’ as a Partisan Cause” (University Press of America, 1998)

PRESS RELEASES:
​ THE MARKETING TOOL THAT CAN MAKE OR BREAK YOU 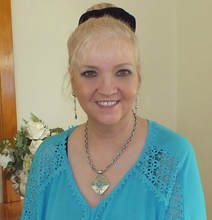 Longtime journalist and experienced press release writer L.J. Gambone shared valuable tips for authors on how to write a professional, attention-getting press release. Her talk covered topics, such as:
1. Uncovering the “hook” in your story and conveying it a compelling manner.
2. The importance of tying your news into something relatable and timely.
3. Writing a great headline.
4. The three most important elements to include in your press release.
5. How and where to distribute your press release.
6. Strategies for getting journalists to read and respond to your press release.

Some of L.J.’s most notable features and interviews include celebrities, such as Ray Charles, Naomi Judd, Jon Bon Jovi, Loretta Lynn, Glen Campbell, Wayne Newton, Three Doors Downs, Will Ferrell, Jewel, Paul Anka, George Jones,
Trisha Yearwood, Styx, Bob Newhart and Randy Travis, to name a few. Along with her journalism career, the Apple Valley resident also is the author of two books, “One With the Dream” and “This Is the Dawning: Exploring the
Divine Plan for the Emerging Age of Aquarius.”

She also has written hundreds of press releases for authors, musicians, entrepreneurs, charities and other professional organizations. 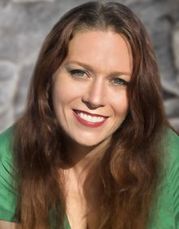 In this presentation, Anna-Marie Abell walked us through the marketing basics checklist. This is the bare minimum you need to do as an author or publisher to market your book. She showed us how to make your book a “marketable product.” In this day in age, with social media taking over the world, authors must adapt and stay current, and more importantly, build a social fan base. This presentation covered different ways to accomplish this. 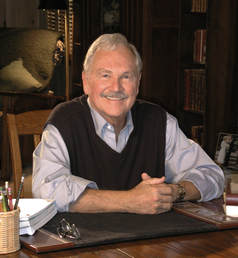 Ken Rotcop is a former Creative Head of Embassy Pictures, Cannon TV, Trans World Productions and Hanna-Barbera. As a screenwriter, Rotcop’s most prestigious production (which he both wrote and produced) was the television movie "For Us, the Living: The Story of Medgar Evers", which starred Laurence Fishburne. The movie won the Writer’s Guild Award, the Image Award, and the Neil Simon Award.
​
Presently in bookstores is Ken's “As I Remember It: My Fifty Year Career as an Award Winning Writer, Producer and Studio Executive”. His latest book just released is “Remembering Marvin Kaplan: A Prince of Comedy Creativity and Kindness”. Also Ken has just signed a contract to write “Remembering Monty Hall” who was Ken’s first boss when Ken came to Hollywood.
MAY 2018
​The  Art of Writing Memoir was presented by club member, Lorelei Kay.She is the author of the award-winning memoir, "From Mormon to Mermaid"
The meeting was dedicated to the memory of beloved club member, Evelyn Blocker.
APRIL 2018

Open Mic
Open Mic readings from local writer/members of the California Writers Club and enjoy the morning with other writers.

Writer, editor, and poet, Cherie Kephart holds an M.A. in Medical and Cultural Anthropology, and has worked for many years as a scientific and technical writer. Her debut memoir, A Few Minor Adjustments, won the 2017 San Diego Book Awards Best Unpublished Memoir Award and also won a coveted spot in the San Diego Annual Memoir Showcase, where a scene from the book was performed onstage at the Horton Grand Theater. Kephart’s essays, stories, and poems have been featured in The San Diego Writers Ink Anthology, The San Diego Poetry Annual, the Magee Park Poets Anthology, the Oceanside Literary Art Walk, and the Wild Lemon Project. Kephart resides in San Diego and has been celebrated for her holistic approach to healing and her willingness to examine her own life lessons in her writing.
​
Healing Through Writing Memoir
Kephart's topic for the club's March meeting is Healing Through Writing Memoir. Writing a memoir is about making a connection with readers, but also about healing. By crafting a memoir, we learn how our experiences have shaped us, and we share this wisdom with our readers. Memoir writing then becomes a healing experience that is a shared discovery.

​Cherie Kephart will discuss the practical process of writing memoir and how this process can heal us through the use of specific techniques and writing exercises, and by understanding the bigger picture and restorative effects that writing a memoir can have. There is not one way to write a memoir, or one way to heal. There are multiple paths. ​​

Hoag is a former journalist for the Miami Herald and Associated Press who has had her laptop searched by Colombian guerrillas, hidden under a car to evade Guatemalan soldiers, and posed as a nun, to name a few of her extraordinary work-related experiences. Her noir crime novel, “Skin of Tattoos,” was a finalist for the 2017 Silver Falchion Award for suspense, while her thriller, “Girl on the Brink,” was named to Suspense Magazine’s Best of 2016 YA list. She also writes nonfiction and co-authored a groundbreaking book on violence intervention that is used in several universities. 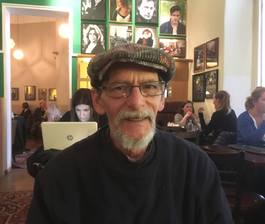 Chris Vannoy, from San Diego, has been writing for most of his life.  Promoter, editor, teacher, and tireless advocate of words both heard and spoken; he works endlessly to raise up words from page to ear and from mouth to the air.  He is the originator of the Poet’s Tree featured  and open reading series, as well as editor of the Poet’s Tree Press.

Chris has been published in Ghosts of the Beatnik  Poets, City Works, The Writing Center, Tokes anthologies, Visions, and Step Jazz magazines.  He has participated in San Diego’s Quincy Troupe’s “Artist’s on the Cutting Edge” series, Lollapalooza Spoken Word Tent, Border Voices Poetry in the Park, Tearing the Curtain 3, and a poetry exchange between San Diego and Orange County.   He was one of twenty-five San Diego Poets featured in the Exploded Views CD and two CDs from San Diego based group Wormhole.

In 1998 Mr. Vannoy was published in the Poetry Calendar and JOE’S JOURNAL Best of the Beach.  In 2000, he read at Mills College in Oakland, and at The West Coast Regional slam at Henry Miller Library in Big Sur, California.  2005 he was on the first San Diego slam team to go to the Slam Nationals in Seattle.  He has performed with  performance poetry troupe “The Mightier P.E.N.S,” and hosted several. open mic programs.  He is also curator for “Bedder” poetry reading series and the International Beat Poetry Festival in San Diego.   His recent books published by Baxter Daniels Ink Press are:  “A Strange Summer” (2014)where much of his performance poetry is compiled and “ The Rest of It” recently released this year.
​​