SATURDAY october 9, 2021 AT 10 AM
COMMUNITY CHURCH IN JESS RANCH
IN PERSON

Nearly every parent, grandparent or adult writer has, at one time or another, considered writing a book for children. Most of us have wonderful memories of hours spent in our own childhood turning pages in those beautiful books. Writing such a treasure sounds simple because, after all, it’s for children. That should not involve a lot of deep thought.
Is it as easy as it looks? Join the High Desert Branch of the California Writers Club  on Saturday, October 9th at the Community Church at Jess Ranch, 11537 Apple Valley Road in Apple Valley beginning at 10 am for an enlightening panel of people who have been there, done that.

The  group of published authors of children’s books includes Ann Miner, Roberta Smith and Mary Langer Thompson who will discuss the challenges of structure, illustrations and publication. Adding to the valuable information will be Jenny Margotta, herself an author and editor of over one hundred books. She will talk about formatting issues common in such publications. Time is allotted for Q&A so that those attending may be able to get their questions answered directly.

SATURDAY SEPTEMBER 11, 2021 AT 10 AM
COMMUNITY CHURCH IN JESS RANCH
IN PERSON

Marilyn King is a historical-inspirational writer with a heart for scattering seeds of hope into the lives of her readers. As a fiction author, she writes Southern Antebellum, Prairie-Western, & Amish stories. Marilyn has spent half of her growing-up years on a farm in Kansas. She loves the country charm and in truth, it has never left. In the rare moments she isn’t writing, Marilyn can be found in her craft room making retro aprons, dish towels, or charming pillowcases. She loves spending time with her children and grandchildren. She has been a member of the High Desert Branch of the California Writers Club for over ten years.

Her first novel, The Winds of Grace, tells the story that takes place in1830’s Jamaica. Grace Cooper must trust God to help her find acceptance from a father she never knew, fulfillment in a place she’s never been, and safety from those who would rather see her dead. Can she hope to find love as well?

Other subsequent books include The Winds of Courage, The Winds of Promise, The Winds of Redemption and Isabel’s Song. She is also author of a children’s book, Tony Finds a Home.
​
In the program scheduled for Saturday September 11, Marilyn will show her fascinating method that she weaves her tales together in a unique way that is bound to intrigue and entertain her fellow writers.
​​

SATURDAY AUGUST 14, 2021 AT 10 AM
COMMUNITY CHURCH IN JESS RANCH
IN PERSON

There’s nothing like being with a friend, someone who has cheered you on through your attempts to become a writer—a most terrifying endeavor. When you see their smiling face, the intensity of their welcoming eyes, and the warmth of their pat on your shoulder, you know you belong. Saturday, August 14th, will be our first in-person meeting in a year and a half. And I, for one, am ready. I miss the bright faces, the fold-out chairs, Dwight getting up front and trying to be funny. I miss Rita’s scrumptious snacks and Anita’s hot coffee. I miss Michael Raff welcoming me at the front table and giving me a cheesy name tag and Jenny Margotta manning her outpost with the highest possible efficiency. If you haven’t renewed your membership, she’ll make it easy for you. I can still see Joan operating the video camera in the middle of the room, yet somehow remaining invisible, never distracting from the meeting. I miss putting away the chairs at the end of our time together, working side-by-side with those willing to pitch in wherever needed. Most of all, I miss the laughter. I remember our meetings being a light and positive time where we learned, made connections, and enjoyed one another. I can hardly wait to do this again. Meet at the Community Church in Jess Ranch. 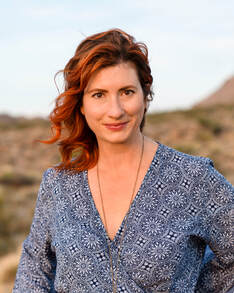 Our presenter for June was Maggie Downs. Her presentation/discussion focused on the structure of memoirs and how to write a book or essay that isn't simply a retelling of events but something rebirthed into art. This is what makes Cheryl Strayed's Wild a riveting literary narrative and not merely a diary of 94 days on a hike — we're not reading for the trail, we're reading for what Strayed has done with it. She offered examples of different approaches to structure and showed  some tricks for finding the one that works best for your story.

​Maggie Downs is an award-winning writer based in Palm Springs, California, and the author of Braver Than You Think: Around the World on the Trip of My (Mother's) Lifetime (Counterpoint Press, 2020). Her work has appeared in The New York Times, The Washington Post, Los Angeles Times, Palm Springs Life, and McSweeney's, among others, and her essays have been anthologized in The Lonely Planet Travel Anthology: True Stories from the World's Best Writers and Best Women's Travel Writing.

May 2021
Jules horne
​Method Writing and writing for Audio Books

Jules Horne teaches Method Writing and writing for audio books. She is the author of several books on writing and related topics including Writing For Audio-Books: Audio-First for Flow and Impact. Horne will speak to our High Desert Branch of the CWC on the explosive market for audio books and share with us her expertise and experience in that field.

Jules Horne is a writer from the Scottish Borders, an area rich in literature and history (Walter Scott, James Hogg, Andrew Lang), and with a small and peaceful population. She began writing inspired by her primary teacher and wrote poems and stories in English and Scots from a young age. She went on to study German at Oxford University and didn’t write for a long while, becoming a translator. She took up writing again when she joined a theatre group and decided to write a play.

Fast-forward and she now writes stories, spoken word and plays for stage and radio. She’s written 12 plays for BBC Radio and touring companies, and is currently writing a play about women’s rugby. She also writes and publishes non-fiction and teaches Creative Writing for the Open University, the world’s oldest distance learning university. Her stage plays Allotment and Thread for Nutshell Theatre have won Edinburgh Fringe Firsts and her song lyrics have been set by composer Suzanne Parry for Scottish Chamber Orchestra musicians.

Jules’ writing has a distinctive mix of Gothic and dark humour and she’s inspired by the natural world, technology and larger-than-life stories. She writes in Scots and English and occasionally plays cello with a looper.

Jules Horne says, "Like most writers, I grew up devouring books from an early age. A fabulous primary teacher, John Stables, introduced me to writing plays and stories. I never looked back. Words have always been part of my life. I started early with Dr Seuss, learning Scots language poetry by heart, hobbits, Mervyn Peake and school drama. Then I did a German degree at Oxford University, followed by spells in Germany (translating for Helmut Kohl), Reading (BBC Monitoring) and Switzerland (writing and reading the news for Swiss radio).  Through my background in journalism, I learned a robust editing process and a love for the rhythms of spoken language, as well as a sense of comedy.
But I wish someone had sat me down years ago, and given me straight professional advice about writing. Instead, like most writers, I've learned on the job. Like all writers, I'll never stop learning, thanks to a mix of insatiable curiosity, playfulness, and perfectionism - both a blessing (editing) and a curse (letting go). How writers learn their craft is changing fast. Writing is increasingly professionalised, with more and more students doing creative writing degrees and MFAs."

Is there a future for a writer? Is there any money in writing as a career? The HDCWC explored those questions on April 10 with a professional writer who has definitely made a paying career out of the craft!

James Scott Bell, a top author for Writers Digest who has written several books on the craft of writing, talked about How to Make a Living as a Writer via ZoomHe is also one of the best and most sought after teachers in the business, and is an International presenter.

How to Make a Living as a Writer

For centuries very few writers have been able to support themselves from the quill or the keyboard. Not anymore. With the rise of ebooks and indie publishing there are now more opportunities than ever for writers to generate income from their work. And there is still a traditional publishing industry that needs new talent to keep growing.

In this workshop James Scott Bell will break down the 8 essential practices you need to master if you want to write for profit and increase your chances of making a living wage. As Bell puts it, "It's the best time on Earth to be a writer." ​

march 2021
THE KEY THAT UNLOCKS A MILLION DOORS​ 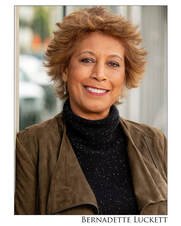 Bay Area writer, Bernadette Luckett, will join us.  Bernadette got her start as a child writing short stories that appeared in her local newspaper, the Oakland Tribune. After graduating from San Francisco State with a degree in Biology, she segued from science to standup comedy, performing at venues all over the US. It was her comedy experience that helped snag her a job writing on TV sitcoms. She has been a writer/producer for several sitcoms including: Living Single; Girlfriends; Sister, Sister; The Tracy Morgan Show; and Buddies starring Dave Chappelle.

Bernadette has had her short stories appear in the anthologies “No Kidding: Women Writers on Bypassing Parenthood” and “SisterWriterEaters.” She also co-wrote the self-awareness book “21 Days of Enlightenments.”
​
Bernadette appeared in and co-produced the award-winning documentary “Comedy Warrriors: Healing Through Humor.” In the film, she helped coach severely injured Iraq and Afghanistan veterans to learn to do standup comedy.
Bernadette Luckett began doing standup comedy over twenty years ago in New York City after working as a professional model, a cookie packer, and a lab tech at a VD clinic. She gave up her apartment, put all her possessions in storage, and worked the road for two years straight, performing at comedy clubs all over the U.S. – from Alaska and Hawaii to Florida’s cruise ships. She has appeared on standup shows on NBC, Comedy Central, A&E, and MTV.
After moving to Los Angeles, she wrote her first sitcom spec script. It got her into the Warner Brothers Writers Workshop after which she was hired as a staff writer on her first sitcom, Living Single. Bernadette has been a writer/producer on several TV sitcoms, including - Sister, Sister; Buddies (with Dave Chappelle), The Tracy Morgan Show, ROMEO! and Girlfriends.

Bernadette’s feature screenplay “Mira Vista Park” was a finalist at the Beverly Hills Film Festival. Her television pilot script “Katie In Crisis” was chosen as a finalist in the Los Angeles Comedy Festival, and her pilot script “Alienated” was a Quarterfinalist in the Slamdance Screenwriting competition and a semi-finalist in Screencraft’s Pilot Competition.
Bernadette has had her short stories included in the comedic anthologies “No Kidding: Women Writers on Bypassing Parenthood,” and “SisterWriterEaters.” She also co-authored the popular self-awareness book “21 Days of Enlightenments.”

Bernadette appeared in and co-produced the award-winning documentary "Comedy Warriors: Healing Through Humor" which won the prestigious Television Academy Honors Award and has aired on Showtime, PBS, Netflix, Amazon, and Hulu. Working on this project got her back into standup, which she is loving more than ever.

We celebrated Black History Month by having a special set of powerful readings via zoom. This will be a very meaningful time we will all share together. Here is our list of readers: